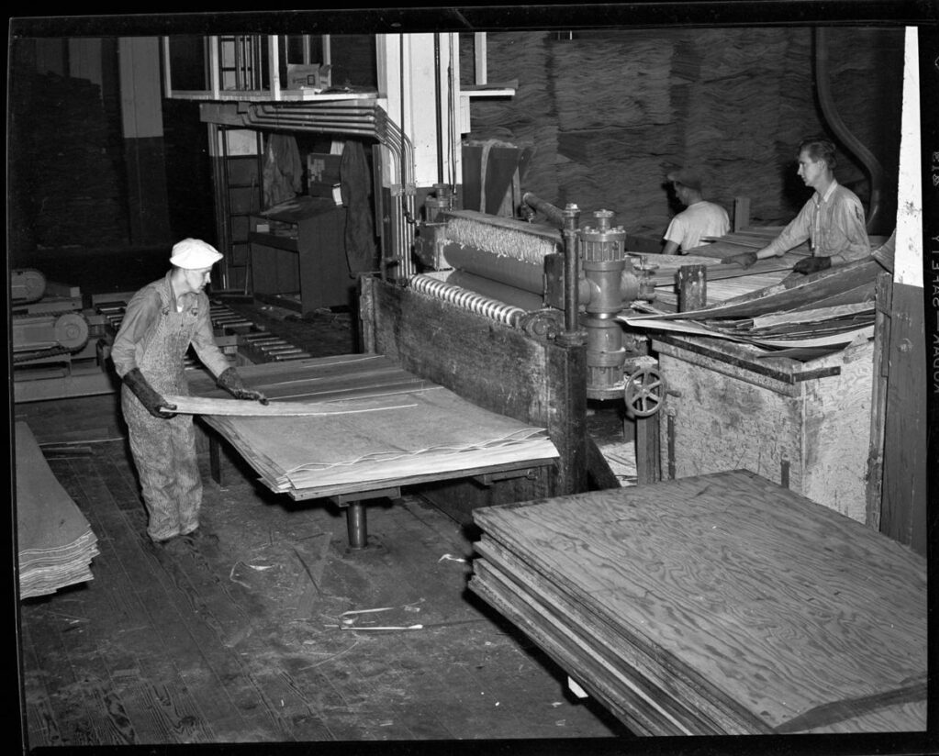 According to the records, the patent for producing veneers using machines is issued to Sir Samuel Bentham in 1797. Before this the veneers were cut entirely by hand. He portrayed the idea of gluing veneers together and forming a thicker piece which we know today as plywood.

Even though it was mass-produced, for another hundred years laminated veneers hardly found any use outside the furniture industry. Around 1890, laminated woods were first used to build doors. As the demand increased, many companies started producing multiple poly-laminated planks of wood which were not only used for doors but also for railroad cars, buses and aeroplanes. Despite growing demand, the image started diminishing as it became cheap because of mass production. Also, some craftsmen started calling it “pasted woods” which also affected its image negatively. To counter this, manufacturers held a meeting where it was decided that the term “plywood” will be used to describe the material.

Adhesives which were used initially were not waterproof. Hence, it limited its use to indoor purposes. Due to this automobile manufacturers switched to more durable metal running boards. In 1934, Dr. James Nevin, a chemist at Harbor Plywood Corporation in Aberdeen, Washington invented a fully waterproof adhesive. This invention unveiled the hidden potential and paved a way for new markets. Despite this development many individuals had limited resources to promote its new uses. Hence an association was necessary to be formed.

After several failed attempts to make an association, finally on 16 May, 1933 Douglas Fir Plywood Association was formed. The Douglas Fir Plywood Association was among the first to take advantage of a 1938 law that permitted registration of industry wide trademarks, which enabled plywood to be featured as a standardized commodity rather than by individual brand names. Later the same year Federal Housing Administration (FHA) permitted exterior use of plywood which helped in promotion in construction industry.

The extensive use made its way to the Second World War. It was the real test. It was pronounced as the crucial war material. Hence its production and distribution came under strict rules and regulations. These barracks were seen everywhere. PT boats were used for patrolling the Pacific by the Navy. The Air Force conducted reconnaissance missions in plywood gliders. The army used assault boats to cross rivers. It was used in making many war equipment accessories.

After the war, the industry saw a sharp increase in the demand. Therefore, its production also increased. Later it entered every construction sector replacing other materials. The technology also played an important role in making it a versatile material for which it is known today. Hence making it usable in various fields.

Previous
Next
Previous article
Plywood in the Global Marketplace